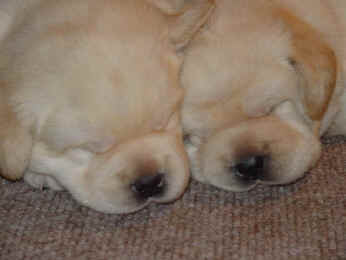 Saddlehill Labrador Retrievers, owned by Susan Eberhardt, are well known for their excellent health, wonderful temperament, and success in the show ring. Over the years, Dr. Vanderlip has helped bring some Saddlehill Labradors into the world by transcervical and surgical inseminations with frozen and extended semen.

Sally (Anderscroft Steamboat Sally) is one of our favorite Saddlehill success stories. Sally failed to produce puppies in four years, so Susan Eberhardt decided to bring Sally to Dr. Vanderlip for help. Dr. Vanderlip monitored Sally’s estrous cycle and when the time was right, she performed a transcervical insemination on Sally. The result was a gorgeous litter sired by BISS Champion Saddlehill Struttin’ in the Moonlight.

“After four unsuccessful years of NO pregnancies, Dr. Vanderlip accomplished a full litter from our Sally (Anderscroft Steamboat Sally) ! We are so thankful to have babies for the future!  Sally has both her majors, a Specialty WB and BOS, and was Best of Breed at Palm Springs. Our plan next year is to finish Sally’s Championship and get her little girls started!  Thank you so much, Dr. Vanderlip!  It would never have happened without your help and confidence!” 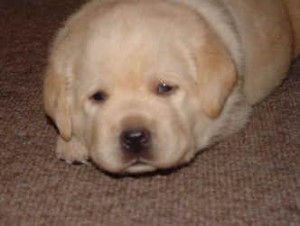 Two more of our Saddlehill success stories include:

Early (Champion Saddlehill Don’t Be Late): Dr. Vanderlip performed a transcervical insemination on Early that resulted in a beautiful litter  sired by Ch.Shalane Fly By Knight. One of the puppies from that litter grew up to be MBISS Ch. Saddlehill Late Knight Scramble.